Try – verb: to make an attempt or effort to do something or in this case…someone.

Sex. Logan Mitchell loves it, and ever since he realized his raw sexual appeal at a young age, he has had no problem using it to his advantage. Men and women alike fall into his bed—after all, Logan is not one to discriminate. He lives by one motto—if something interests you, why not just take a chance and try?

And he wants to try Tate Morrison.

Just coming out of a four-year marriage with an ex-wife from hell, a relationship is the last thing on Tate’s mind. He’s starting fresh and trying to get back on his feet with a new job at an upscale bar in downtown Chicago.

The only problem is, Tate has caught the unwavering and unwelcome attention of Mr. Logan Mitchell – a regular at the bar and a man who always gets what he wants.

Night after night Tate fends off the persistent advances of the undeniably charismatic man, but after an explosive moment in the bar, all bets are off as he finds his body stirring with a different desire than his mind.

As arrogance, stubbornness and sexual tension sizzles between the two, it threatens to change the very course of their lives.

Logan doesn’t do relationships. Tate doesn’t do men. But what would happen if they both just gave in and…tried?

Excerpt from Try by Ella Frank


Before Tate could respond to the question hanging between them, Logan palmed his chest and pushed him back into the corner of the couch. When his back met with the soft leather, a strong thigh slid between his legs, and Tate groaned from the relief of finally having something hard to press against.

“Yeah, that’s it,” Logan encouraged, placing a hand on the back of the couch and the other on the armrest behind Tate’s head. Using them as an anchor, Logan rolled his hips downward and proved just how forceful he could be.

Tate’s head was resting against the couch as Logan looked down between them while he thrust his hips, over and over, creating a heated friction that had Tate’s mind spinning out of his head. The sexual hunger in Logan’s eyes as he watched their clothed bodies connecting made Tate wonder just how combustible things would be when their clothes finally came off.

Feeling the need to touch, now more than ever, Tate grabbed a hold of Logan’s hips and pulled the man down against him with much more force than he’d intended. The delicious pressure of having Logan’s shaft grind against his own was too much to forgo, so Tate arched up, anxiously meeting the steady rub Logan was giving with every single punch of his hips.

Try is only the second M/M book I've read, and it's the first M/M book written by Ella Frank, and honestly I wasn't sure going into this one, but Ella is a phenomenal writer and her books are addicting....and I at least have to TRY everything she writes! I ended up enjoying this one. Try gets 4 steamy, sexy, forbidden stars!

"You know what you want to do. There's no one here, and no one is going to come in. Just do it,” he whispered, "Try."

In Try we get two completely different male characters.  Tate is just coming out of a bad relationship with his wife and going through a divorce.  Then there is Logan, a lawyer, who is cocky, confident, and doesn't really care what flavor he is dabbling in....he likes men and women, no strings attached.  When Logan and Tate meet at the bar Tate is bartending at, Tate is confused about the feelings Logan evokes in him that make him question his own sexual tastes. Tate fights those feelings but Logan is persistent.  What happens when Tate questions everything he knew about his sexuality....will he accept those feelings or fight against his concerns and what he really wants?


“You make me want things that I’d forgotten I wanted.”


Try was passionate, explosive, and angsty.  We will be getting more of this couple and I personally can't wait to see where their relationship goes......so what are you waiting for? Give it a TRY! 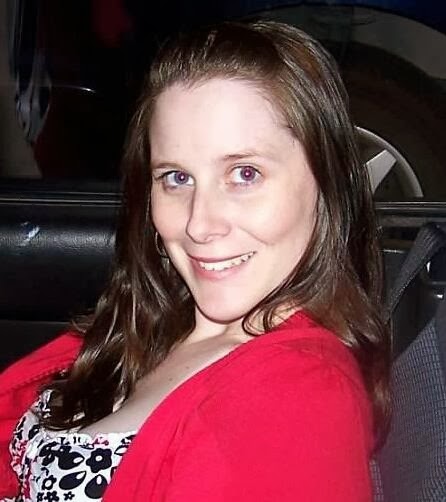 I'm a happily married woman and mother to a crazy cat. I've been writing ever since I fell in love with falling in love, and I credit that to my Nan, who handed me my first romance novel.

Currently, I reside in the Southern portion of the United States.

a Rafflecopter giveaway
Posted by Sugar and Spice Book Reviews at 6:19 AM