One More Chance by Abbi Glines ~ Blog Tour and Review 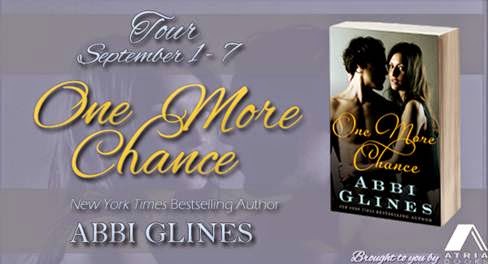 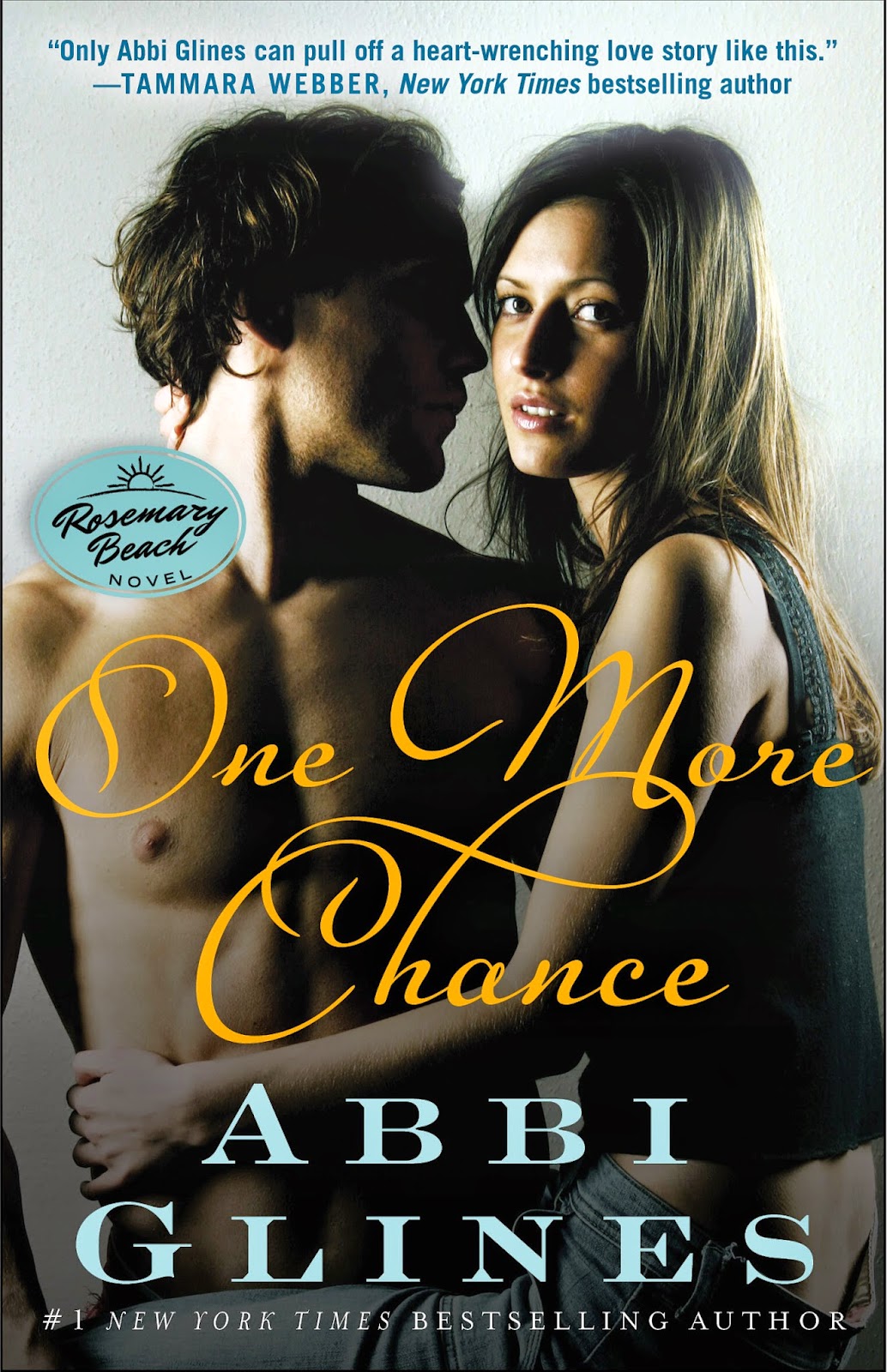 
The second installment in a never before published New Adult duet by #1 New York Times bestselling author Abbi Glines, ONE MORE CHANCE is the follow up to the smash hit TAKE A CHANCE, and concludes the story of Grant Carter, a fan favorite character, and Harlow.


She was it. His one. His only. Then he made the mistake of letting her go.

After fighting his way into Harlow Manning’s heart—and revealing a side of himself no one had ever seen before—Grant Carter destroyed his own heart by giving in to his greatest fears and doubts. Months later, he’s stuck in a miserable routine. Work relentlessly. Beg his best friend Rush for news about Harlow. Avoid all other friends. Leave nightly voicemails for Harlow, pleading with her to come back to Rosemary Beach. Fall asleep alone. Repeat.


Miles away, on her brother’s Texas ranch, Harlow can’t bring herself to listen to Grant’s voicemails. Though she wants to be with him, and knows he regrets letting her go, she doesn’t know if she can trust him. When he discovered the truth behind her sheltered upbringing, it shattered their relationship, but the secret she carries now has far greater consequences. Can she risk giving Grant one more chance, or will the gamble ultimately destroy her?

With her signature passionate characters and sizzling connections, Abbi Glines debuts another steamy, page-turning novel that will leave readers desperate for more.

Butterflies…that is what I feel right now as I right this review thinking back on Grant and Harlow’s love story. Abbi takes a sweet and romantic approach in One More Chance, throws in a little dash of steam and she pulls it off well. I expected a love triangle, that is not what we got and I was pleasantly surprised and relieved about that. I never expected to feel so many emotions will reading this book….I cried while reading Gran’ts voicemails, I cried while reading Harlow’s letters, and my heart soared while reading the conclusion of Grant and Harlow's epic love unfold. 4.5 stars

I don’t accept that I won’t get forever with you.

One More Chance takes off where the first book, Take a Chance ended. Harlow has left Grant after his epic mistake and is staying with her brother. She has not spoken to Grant or answered any of his calls. Grant is drowning in his grief and despair. I didn’t want to like Grant, I was angry at him after the way he reacted to Harlow after learning about her heart condition, but after reading that first voicemail and all the emotion Abbi wrote behind it…GAH…I had a hard time staying mad for long. Harlow is facing the same problem, she is not listening to Grant’s voicemails because she knows she will cave when she hears his voice. Harlow can’t hide forever though. She eventually will need to speak with Grant; after all she does have something she needs share with him. She is also planning for a big event in her life and will need as much support as she can get. The big question that remains though, is will Grant stick by Harlow’s side through it all…will Harlow give Grant One More Chance to right his wrongs?

“But you….you’re the love of my life. You’re my forever. I’ll grow old loving you.”

One More Chance was a story of pain, fear, redemption, hope, and love. It had been awhile since I had read a Abbi Glines book, it takes quite a bit for a “sweet” book to sink its claws into me and Abbi wrote this one to perfection….the perfect heartfelt romance novel! 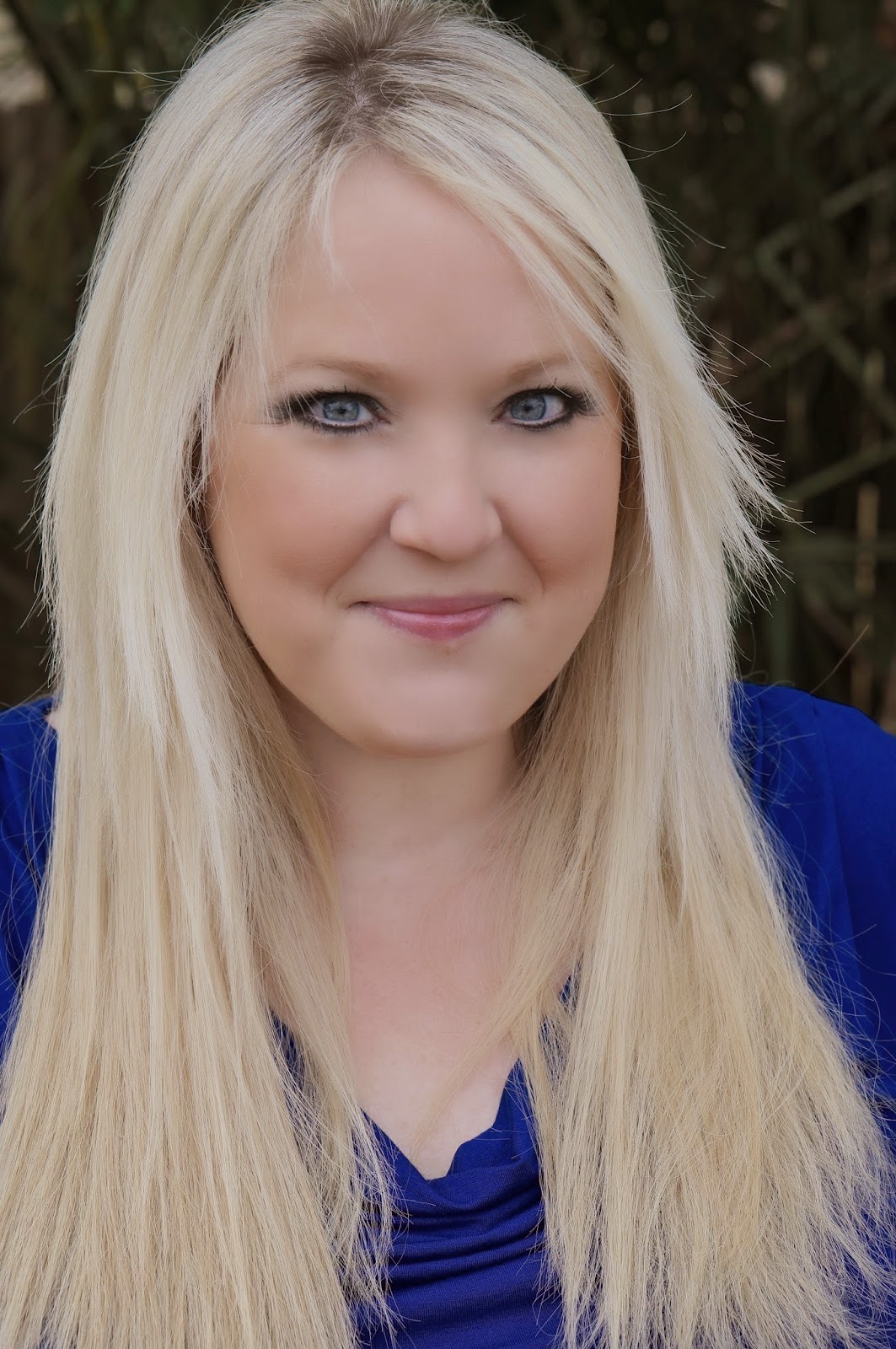 
ABBI GLINES is the New York Times, USA TODAY, and Wall Street Journal bestselling author of the Rosemary Beach, Sea Breeze, Vincent Boys, andExistence series. A devoted booklover, Abbi lives with her family in Alabama. She maintains a Twitter addiction at @AbbiGlines and can also be found on Facebook and at AbbiGlines.com.


"Only Abbi Glines can pull off a heart-wrenching love story like this."

Posted by Sugar and Spice Book Reviews at 7:11 AM