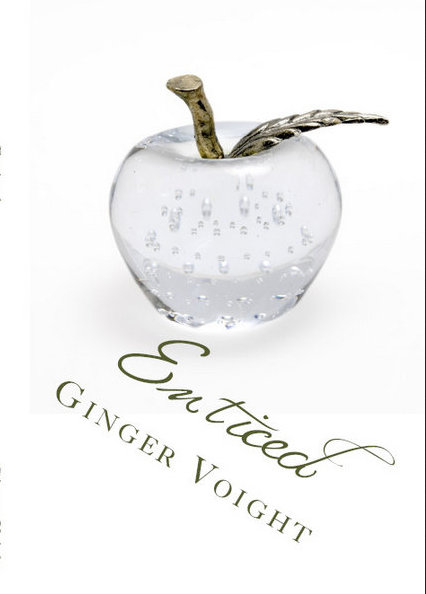 Rachel Dennehy had a crazy thought. If she could just start over somewhere else, she could forget about her sad and tragic past and all the ghosts that chased her. When an email landed in her inbox, to tutor a difficult student whose father just happened to be the CEO of one of the biggest companies in the nation, the apple was a bit too enticing for Rachel to refuse. She moves from Texas to Beverly Hills, where she is tasked with turning around her wealthy pupil’s bad attitude. It is a bad attitude that stems almost entirely from his parents’ ugly divorce and even uglier custody battle.
That her new boss Andrew, or Drew, Fullerton is one of the handsomest and most eligible bachelors in the world means nothing to Rachel. She has absolutely no plans to ever marry or have kids of her own. Her priority is teaching nine-year-old Jonathan, who needs her guidance and her direction and... most importantly... her friendship.
Drew’s brother, Alex, however, assumes otherwise. He basically accuses her of being a gold-digging opportunist upon their first meeting. This sets the two immediately at odds, though they both have young Jonathan’s best interest at heart. Alex believes that Rachel is a “ringer,” a wholesome alternative to edge Jonathan’s socialite mother out of the running for custody, since she left Drew after her own salacious affair with a younger man. He wastes no time in telling Rachel that as long as she stays in her job, she will keep Jonathan from his real mother, and that is the driving force behind Drew's interest.
Unfortunately the more he tries to warn her away from Drew, the closer he ultimately propels her toward her charming boss. Drew never questions her motivation or her presence because Jonathan thrives under her tutelage, and Drew is beguiled by her no-nonsense attitude that challenges him from the start.
Rachel navigates these choppy waters solely to protect Jonathan. She sees the adults in the family as self-serving; most of whom are far more interested in hurting each other than taking care of this fragile, vulnerable boy. Her heart traps her into this sticky web, despite her own history of loss and betrayal. How long will she last? More importantly, what will she be required to give to save these Fullerton men who continually tug her in three different directions?
The saga begins with the first book, titled “Enticed,” due to release in early 2014. Author Ginger Voight returns to the dream-making landscape of Los Angeles, in a new tale that throws back the curtain on the dangerous power, appeal and excess of the privileged. Only by the time this tale is done, one principle character will pay the ultimate price as they all race toward that elusive happily ever after. 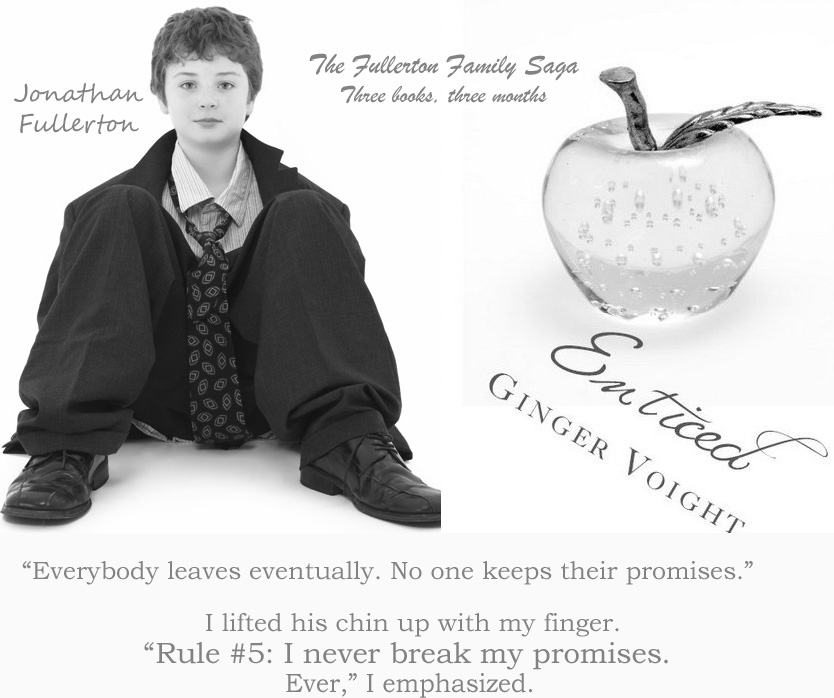 
As I started Enticed, my first thought was ehhhh...it’s moving a little slow, and then I ate my words! I devoured Enticed....Ginger blew me away with all the twists and turns, the secrets, the lies, you don’t see them coming. By the end of the book, I was a mess....I was all “Thank god I have book #2 to go into right away!” 4 stars

Rachel Dennehy is a curvy teacher who is warm, caring, and would do anything for her students. She is also single, having suffered through a terrible tragedy and horrible marriage. She gets the job offer of a lifetime from Drew Fullerton. Drew Fullerton is the head of Fullerton Enterprises, he is commanding and in charge wherever he goes. He is also one of California’s most eligible bachelors. So the job offer...Drew offers Rachel the position as Jonathan’s private tutor. Jonathan is suffering from the fall-out of his parent’s messy divorce and struggling to adjust and acting out in his studies. Drew is hoping Rachel can turn Jonathan’s behavior around before it's too late and he is shipped off to military school.

Upon her arrival in California, Jonathan and Rachel instantly form a bond, quickly becoming attached to each other. The more time Rachel spends at the mansion with Drew and Jonathan she starts to realize it’s not just Jonathan she is becoming attached to...it’s Drew also, and Rachel is having a hard time fighting the insane chemistry between them, especially when Drew makes his intentions known that he wants to be more than Rachel’s friend. Add in the mix a jealous ex-wife fighting for custody of Jonathan and Drew’s brother Alex (who is on the ex-wife’s side), who doesn't get along with Drew, and dislike’s Rachel initially thinking she is just a gold-digger, and not really there for Jonathan’s best interest and there is tons of tension, and things get ugly. Then a huge bomb is revealed....trust is broken along with hearts. What’s up next in the Fullerton Family Saga?


Like I mentioned above, once this story grabbed ahold of me it didn't let go. I devoured it in one day. There was angst, drama, secrets, and tons of yummy sexual tension...and now I’m off to dive into book #2! 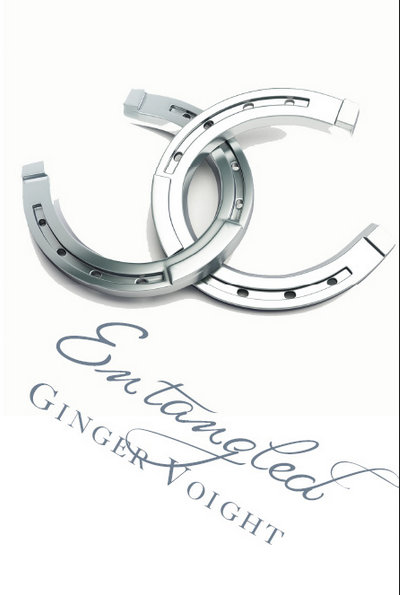 The saga continues for Rachel Dennehy, the tenacious small-town teacher caught in between two compelling, powerful brothers.
****This is Book 2 in the series. Blurb may contain spoilers for Book 1.****
In Book 2 of the Fullerton Family Saga, teacher Rachel Dennehy heads back to California to save her favorite little boy from his rapid downward spiral. She feels responsible for Jonathan's destructive behavior, knowing it was her broken promise that sent him off the rails. She moves in with Alex, a man who had been her nemesis for so long. Thrust together with the shared goal of saving Jonathan, they find more in common than they had realized.
In fact, it is Alex who comes to her rescue Drew confronts Rachel over her “betrayal.” The chemistry still burns hot between them, but Rachel cannot forgive Drew’s cruel deception. Unfortunately he is unwilling to let her go. Drew Fullerton doesn't like to lose, especially to his younger brother. So he proceeds with his plan to win her back, using every trick in the book to force her hand, including his son.
Young Jonathan holds fast to his dream of a real family, which tears her in yet another direction. Her heart is torn between the three Fullertons, all of whom need her in very different ways. Someone is going to get hurt, no matter what she does. She struggles to do what is right, even when she finds it puts her at direct odds with what she wants.
How far must Rachel go to win back Jonathan’s trust, and protect the men she has grown to love? 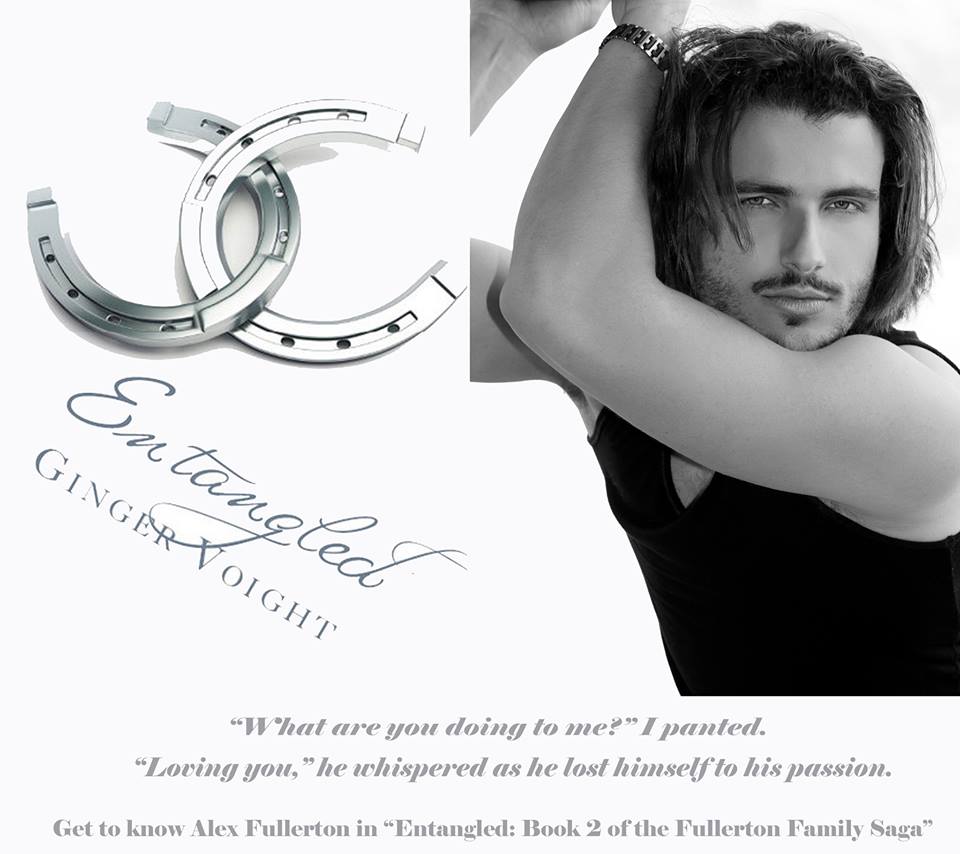 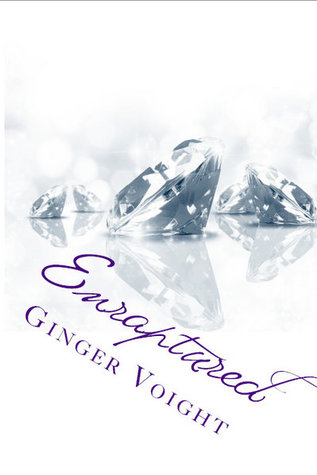 In the third and final book of the Fullerton Family Saga, long-simmering secrets explode with disastrous consequences. The fractured Fullertons face their biggest challenges yet, and every single one must rise to their own personal challenges and beat their demons once and for all - no matter what it takes.
In the conclusion of this best-selling, highly rated series, author Ginger Voight once again raises the stakes for her characters and her readers. These characters you have grown to love (and hate) are faced with heart-wrenching challenges that will test them unlike anything they've experienced so far. In the end, only love can save them. It is a message of hope, family and forgiveness amidst the exciting backdrop of excess and power.

Enraptured is book three in Ginger Voight’s Fullerton Family Saga series.  You must read Enticed and Entangled before reading Enraptured.

I’ve been a huge fan of this series.  As soon as this book showed up on my kindle I instantly dropped what I was reading to start this.  Going into this book, I knew something big was going to happen, it’s not like I went in blind. But..But..But…WAAAAHHHHHHH!  Why Ginger, WHHHHHYYY?  You just gutted me!  I was an emotional mess!  I pretty much choose the Team I was on from the very beginning, this guy….this guy, did some pretty crappy things, and just when he finally redeems himself BAM!   But dang Ginger….here’s the thing, she had me switching back and forth between the guys!  I liked the other brother too.  They each had qualities that I loved.   5 stars.

(In most of my reviews I give a summary of the story, but I will not do this because I do not want to ruin any of this book for the reader.)

Let’s talk about the characters; this is a fictional family that feels real.  You have the brothers, Drew and Alex, who are like night and day.  They have fallen out but are working on their relationship and slowly trying to rebuild it.  Rachel, the woman in between the two, who still has insecurities but has grown so much as a character and gotten stronger, and boy is she ever good with Jonathan and Alex’s son.  I just loved how with every challenge they face, they still manage to get through and work together for the children.  Oh and the sexual tension in this series….it’s still on fire!

This is a beautifully written series and a fantastic ending.  Enraptured will have you hanging on to every word until the very end.  Emotional, heartbreaking, devastating….Ginger makes you feel sooooo many emotions, and even though you still ache, she somehow puts you back together again. 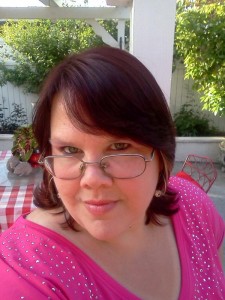 
Ginger Voight is prolific author, freelance writer and optioned screenwriter. Her fiction is diverse, with novels like the edgy, coming-of-age drama DIRTY LITTLE SECRETS, and the fun family adventure for kids of all ages, COMIC SQUAD.

Having grown up reading different authors like Danielle Steel and Stephen King, Ginger has always been drawn more to story than to genre. This shows up in her various stories. Titles such as MY IMMORTAL and TASTE OF BLOOD are a delicious, heady mix of horror, suspense, and romance.
Genre romance, however, has held a special place in her heart, ever since she read her first Harlequin novel when she was only eleven. As a result, Ginger is making a name for herself writing romances of her own, starring women who look more like the average American woman rather than those traditionally represented in the size-biased American media. Her Rubenesque romances were created especially for those heroines with fuller figures, who can still get the man of their dreams if only they believe they can. Such titles include UNDER TEXAS SKIES, LOVE PLUS ONE, THE GROUPIE TRILOGY, THE FIERCE TRILOGY and PICTURE POSTCARDS.
Ginger was included in the best-selling book by Smith Magazine NOT QUITE WHAT I WAS PLANNING, featuring her six-word memoir.

a Rafflecopter giveaway
Posted by Sugar and Spice Book Reviews at 9:19 AM